Beaubois’ woodwork takes many shapes and colours throughout the hotel. This includes oak and walnut panels that adorn the arrival and elevator lobbies, as well as the bar room and lockers. In the pool and lounge area, a delicate teak screen-wall provides privacy and aesthetic flair, while bronze-accented, bevelled mirrors set a more modern, urban tone in the bar and meeting rooms. Custom vanities and counters made of metal and various wood types were also created by Beaubois for hotel rooms, reception areas and more.

When architects tasked Beaubois with building a seamless, reflective wall in the residential lobby, the company called upon local craftsmen to help develop an innovative solution. The result is wood paneling that spans the room, supporting a highly polished layer of fiberglass that masks all wood grain and seams, for a glossy, water-like finish that catches the natural light from the lobby’s expansive windows. 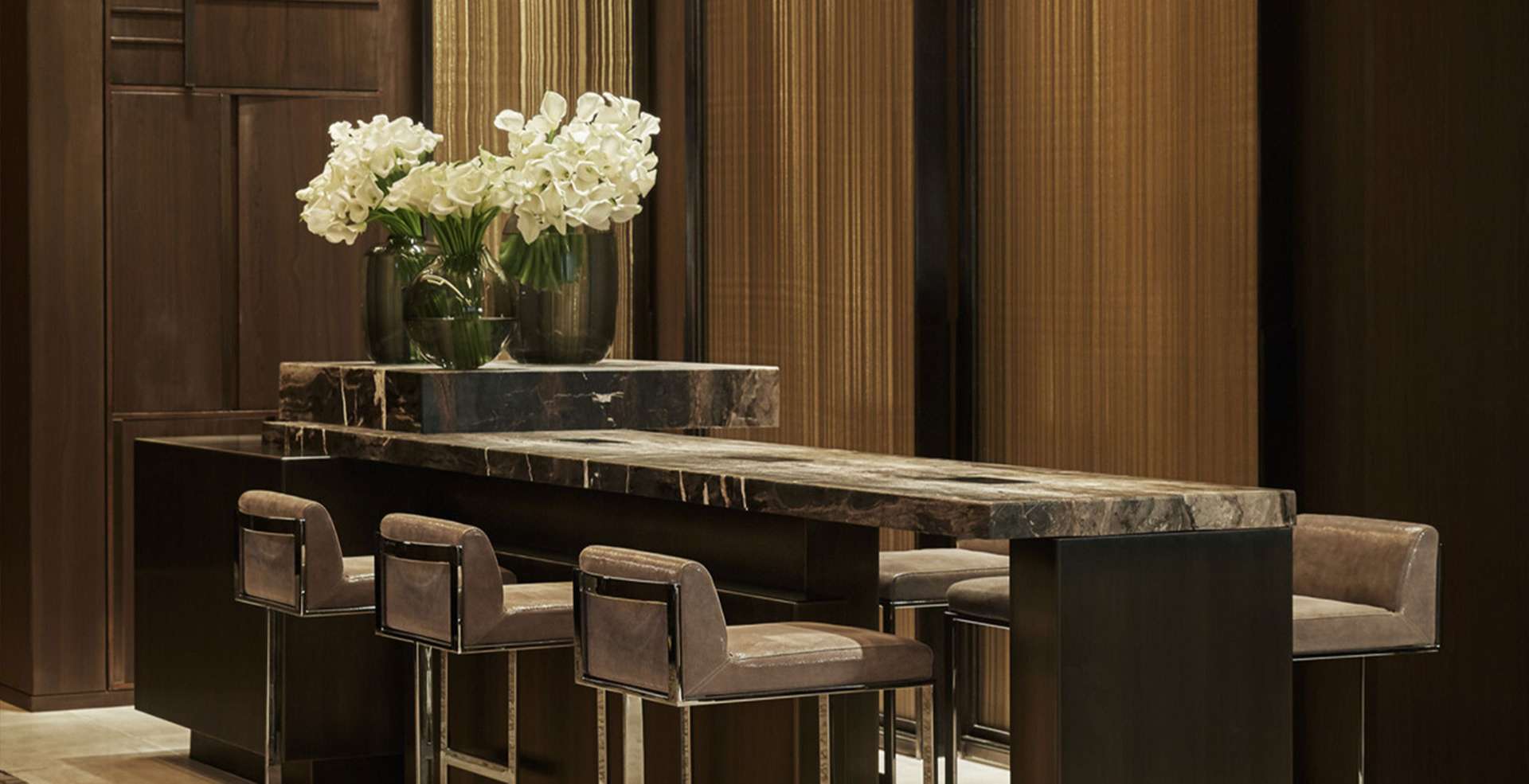