Beaubois will be carrying out all of the architectural woodwork for the new Madera Courthouse, located in the city of the same name in California.

Beaubois will be producing and installing the built-in furniture for the 10 courtrooms and will also be involved in fitting up the public areas of the building. Judges’ benches, witness, bailiff and jury boxes, lawyers’ desks, benches for the public and wall panels will be crafted from cherry and oak hardwoods for each of the courtrooms.

Beaubois will also be installing Douglas fir wall panels in the four-story-high atrium and will cap it with a superb louvered ceiling.

Although both formal and functional, the courthouse design will reflect Mother Nature rather than most large public buildings. The Madera Courthouse will not be another huge edifice with Greco-Roman columns but will be composed of four stone-clad sections divided by glass to resemble the huge boulders separated by the waters of the Merced River.

This new building will replace the elementary school that was built in 1911 and has been housing the Courthouse. This former school had already been condemned by the State of California before the County Court was located there temporarily, an arrangement that lasted 55 years. Ten years ago, the State once again condemned the premises, stating that the Courthouse, one of the worst in California, could not be renovated and a new building absolutely had to be constructed. As the County lacked sufficient funds to proceed, the State amended the law so it could take over the institution. 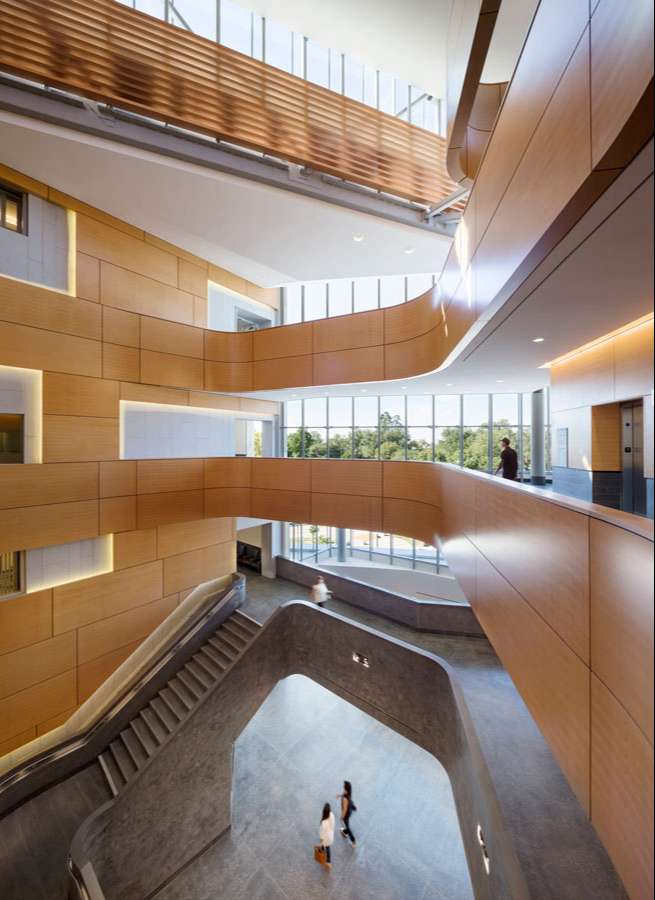 Requiring an investment of $100M, the Madera Courthouse will have a surface area of 110 000 square feet. Extremely modern, it will comply with LEED Silver standards and blend into the urban fabric. Respecting the century-old judicial building facing it and paying tribute to the Yosemite Valley, the new Courthouse will become the cornerstone in the development of downtown Madera.